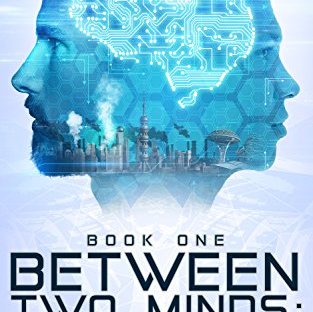 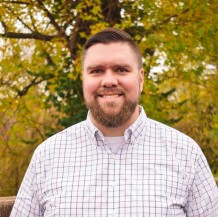 I’m so excited to bring you my first Indie Author Interview of 2020 and I could think of no one better to kick us off than D.C. Wright-Hammer, author of Between Two Minds. If you haven’t read this book yet you absolutely need to pick it up as soon as possible. In fact, I originally purchased this book as an ebook but plan to buy a paperback copy when I pick up the second book in the series just so I can have it on my shelf. I enjoyed it that much.

The premise behind the story is that a person can migrate their mind to a new body should their original body fail them. I think this is a really interesting concept with a lot of moral and ethical implications, many of which you touched on in the story. So I have to ask, if mind migrations were real would there be any circumstance where you would have one? Why or why not?

I’d be lying if I didn’t say I would consider it. The seeds of Between Two Minds was in my head when I was diagnosed with a life-threatening albeit temporary condition with my body. But my mind felt as sharp as ever. If I had to choose between dying and trying a revolutionary but risky procedure, I would probably give it a go. Though, I know all too well that you need to be careful what you wish for because you might actually get something much worse.

I’m glad it was only a temporary condition and you got an amazing story idea out of it as a bonus. One of my favorite details in the book was how you carried the last line of each chapter over to be the first line of the next chapter. Was this intentional or did it come to you while you were writing?

Writing two separate narratives was challenging, but I knew it would also be challenging to read. I wanted a way to tie the two experiences together, almost give the reader déjà vu as they dive into a different part of the story. It’s also the hook for the next chapter because the line makes perfect sense at the end of one chapter, but then, they’re eager to see how it opens the next.

I can confirm that it worked perfectly as a hook. I couldn’t wait to see how that ending line connected to the next chapter. There is so much cool tech in this book from the mind migration itself, to the auto chairs, bullet trains, and even the roadways. Where does your inspiration for the tech you create in your books come from?

I am a big fan of speculative, hard science fiction. Michael Crichton’s work was a big inspiration because he not only wrote thrillers, but he took an entertaining and often terrifying guess at what would come next for technology. So, I had to put enough fictional technology in the book to signify it is futuristic, but I didn’t want to go overboard and get lost in the minutia of gadgets and gismos. Just enough so readers felt immersed.

The other purpose the technology serves is to juxtapose the two-story lines. One story is gritty and dark. The other is sterile and new. They both take place in the future, but one is clearly further ahead, and the technology allows to draw that distinction naturally for the reader.

Speaking of those two story lines, you did such an amazing job giving Ryan and Charlie their own voices that it was always clear who was speaking. Was it difficult jumping between them, especially when it came to keep each of their timelines straight?

Thank you! I actually wrote the story relatively straight through. The difficulty was giving them distinct voices while putting doubt in the mind of the reader whose perspective they were actually reading. There were a couple of chapters/scenes where I wanted their voice to seem very similar for story reasons and other chapters where I wanted them obviously different. Getting that nuance was difficult.

Well your hard work paid off. There are so many great moments in this book. I know what my favorites are, but I want to know what was your favorite scene to write in this book? Least Favorite?

My favorite is one of the major plot twists near the end of the book that shows that the characters stories are much more related than one might have guessed. That scene was in my head from day one writing the book.

My least favorite scene was a dark one midway through the book where one of the main characters is struggling with mental illness. To be clear, I love writing the scene, and I am happy with how it turned out. But it is a reminder of how much people are struggling out there, and it’s painful to read – in a good way, but still painful.

I know the sequel has already been published, but for those of us that haven’t read it yet what can we expect? Without spoiling it of course.

The story takes place a couple months after Book One as well as decades before. That’s right – it’s a prequel and sequel in one. That’s frowned upon by many book critics, but I felt it was the only way to not only move the story forward but to also build the world of Between Two Minds into what it needs to be for future books.

I also wanted to set it apart from Book One in a lot of ways while keeping many of the aspects of the first story that people loved. You’ll still find an interleaved narrative. The last line of each chapter leads into the next. But due to the way Book One ended, I had to tweak the POVs a bit to fit the goals of Book Two.

To help transition readers, I open Book Two with a letter to the reader from Ryan himself, foreshadowing the different POVs and setting an ominous tone from the beginning. Book Two had a lot of ambitious goals, and I think I was able to pull off each one relatively successfully.

Do you have any future project in the works?

Yes, I am working on a straight prequel to the series as well as the next sequel/prequel. Beyond that I have separate standalone novel at 60k words that needs a lot of work before it’s ready to go. I also have 3 or 4 short stories I’ve been hacking away at.

I like to end all of my interviews with this question. If readers could only take one thing from your writing what would you want it to be?

My goal as an author is not only provide good storytelling, but to do so in a compelling, innovate way that challenges readers to lose themselves a bit more in the book than they otherwise might. That’s the main reason I don’t write linear books. There’s nothing wrong with them, but I prefer new and challenging experiences, and I believe my readers do as well.

Thank you so much for taking the time to do this interview with me. If you want to connect with D.C you can find him here:

You May Also Enjoy

Author Interview: Anangsha Alammyan author of What Did Tashi Do?

How a Story Changes: A Look Back at the First Draft of Crystal and Flint

A day in the life of me

View all posts by hollyashwriter

As an Amazon Associate I earn from qualifying purchases.